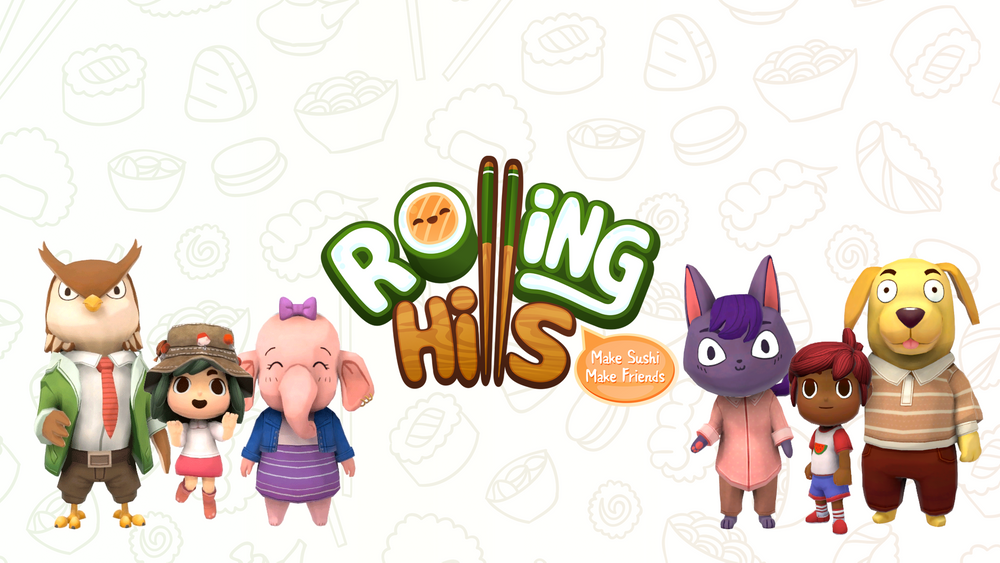 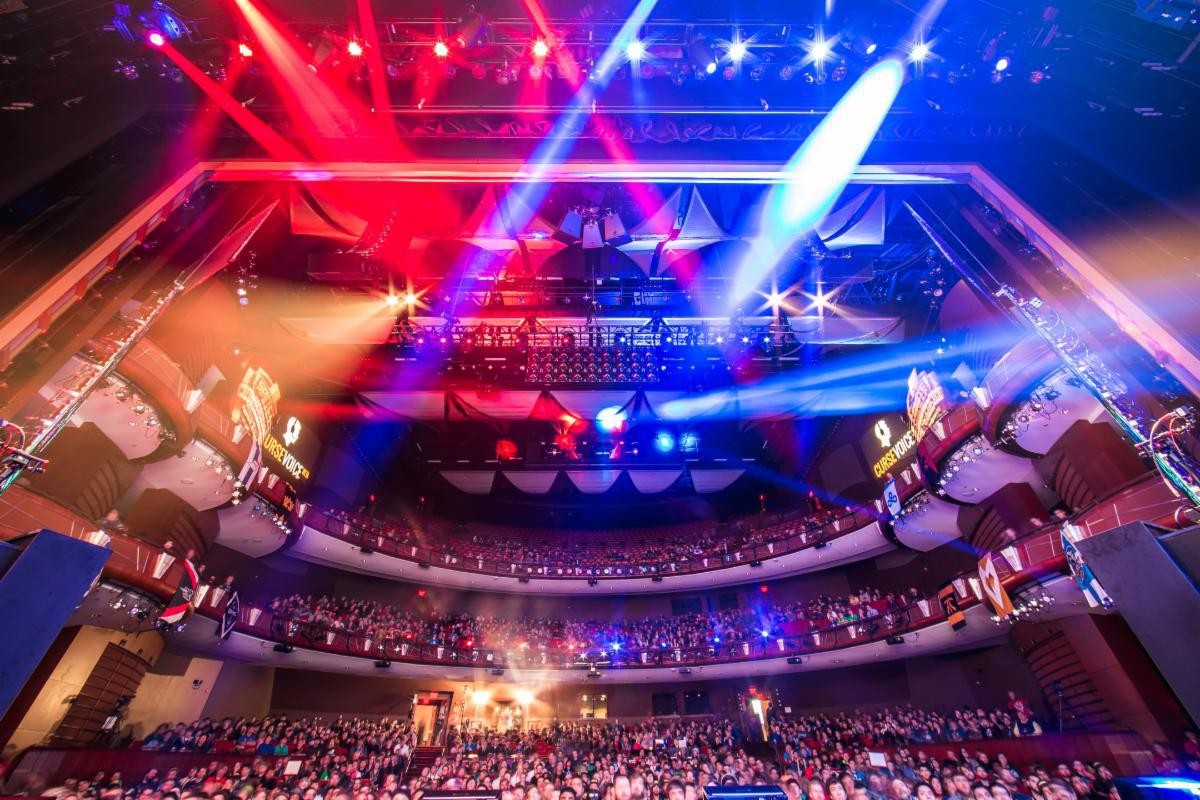 A new report released by the Georgia Game Developers Association revealed that the industry's statewide economic impact exceeded $830 million in 2018. In fact, the video game industry in general is growing so fast that some believe it will reach over $300 billion by 2025, according to Forbes. In Georgia, the video game industry employed more than 2...
Continue reading
1997 Hits
0 Comments
Tweet

Allied Esports will build a dedicated esports venue located inside the Mall of Georgia in Buford, Georgia, as part of its previously announced partnership with the Simon Property Group, according to an announcement made early Friday The facility will be a two-level, 13,000-square-foot facility located at The Village, which will facilitate regularly...
Continue reading
1985 Hits
0 Comments
Tweet 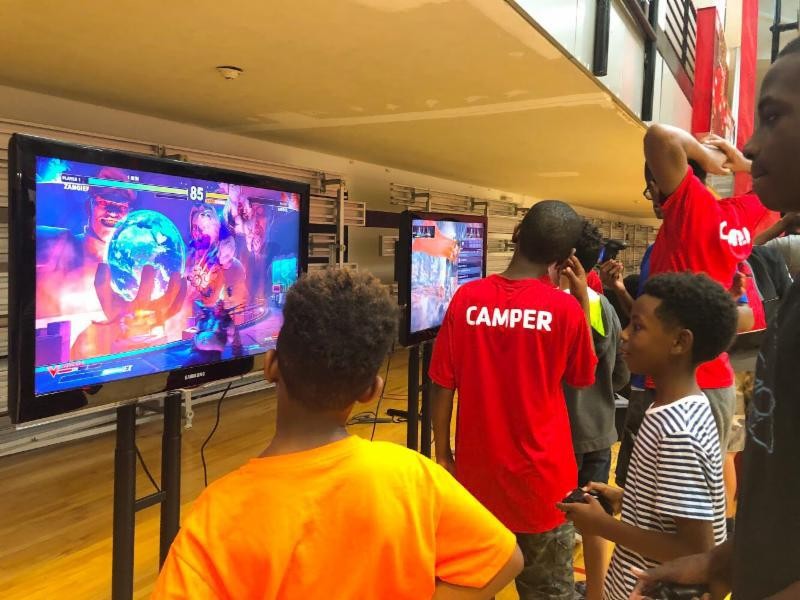 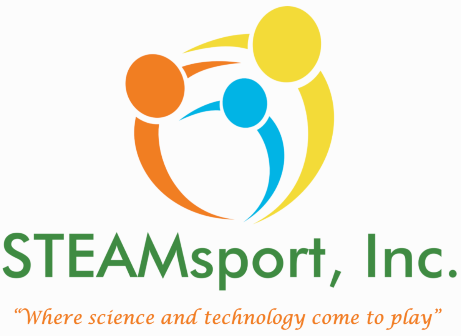 STEAMsport, Inc. is a 501-C3 non profit organization with the mission of providing science, technology, engineering, arts, and math (STEAM) exposure, engagement and education to youth living in underserved communities in a fun and competitive environment. Our goal is to break the cycle of generational poverty through accessible and effective STEAM ...
Continue reading
1938 Hits
0 Comments
Tweet 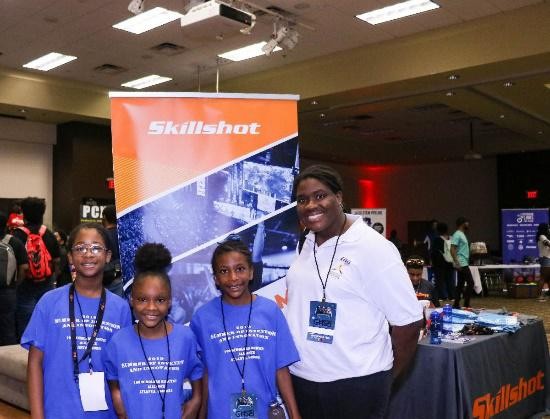 Get to know your arenas 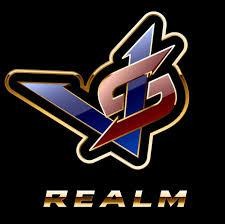 VS Realm "VS Realm is dedicated towards building eSports leagues, hosting tournaments, and supporting the gamer community through console and PC rentals and retail. Console Gaming Need to train to elevate your gameplay from Casual to Pro? Come train with us and become unstoppable! PC Gaming Great Gaming PCs available to battle with a friend online ...
Continue reading
1721 Hits
0 Comments
Tweet 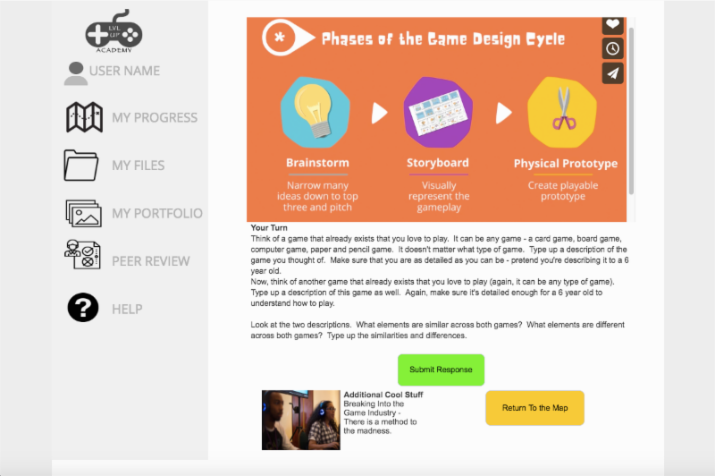 Our goal is to expose youth to new and exciting learning and career opportunities that focus on and leverage technology while providing access to viable and lucrative careers in a number of different areas in eSports (e.g., playing, casting, journalism, game development, marketing, etc.). LVL-U is designed to engage and support youth by helping the...
Continue reading
1634 Hits
0 Comments
Tweet 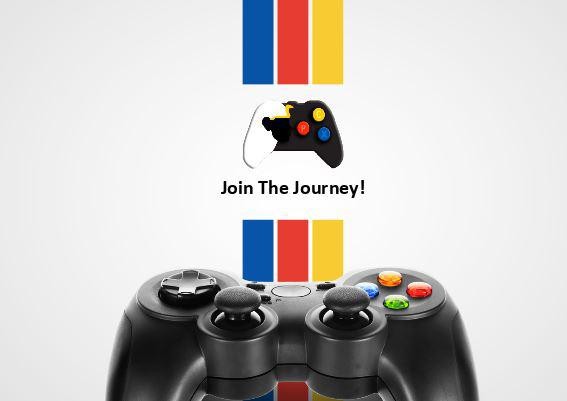 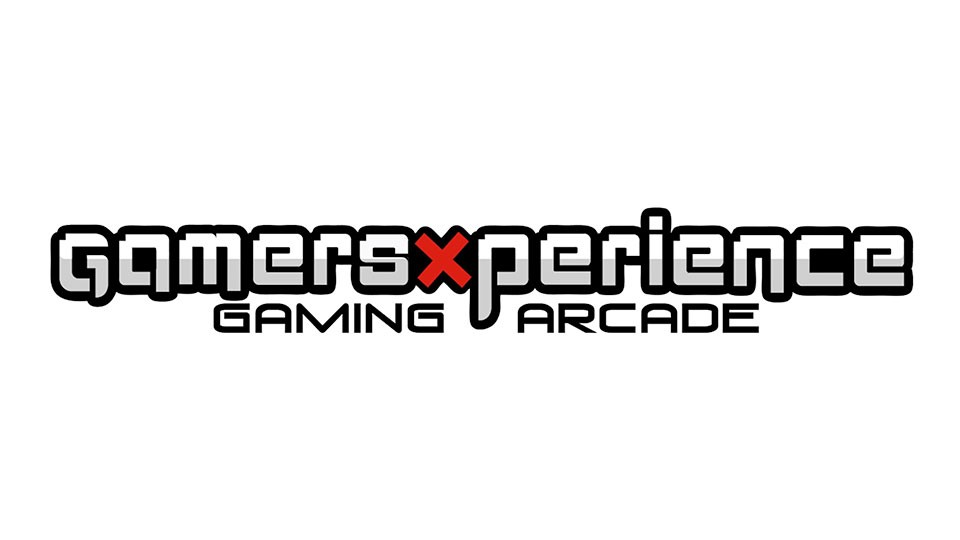 We're so excited to be partnering with our local arenas like Gamers Xperience for #YEL 's tourneys & practices! We love supporting our local gaming community and wait for our first season of our Youth Esports League to start in January! Stay tuned for more info on how to sign up! #YouthEsportsATL #PCXGo #esportsATL
1658 Hits
0 Comments
Tweet 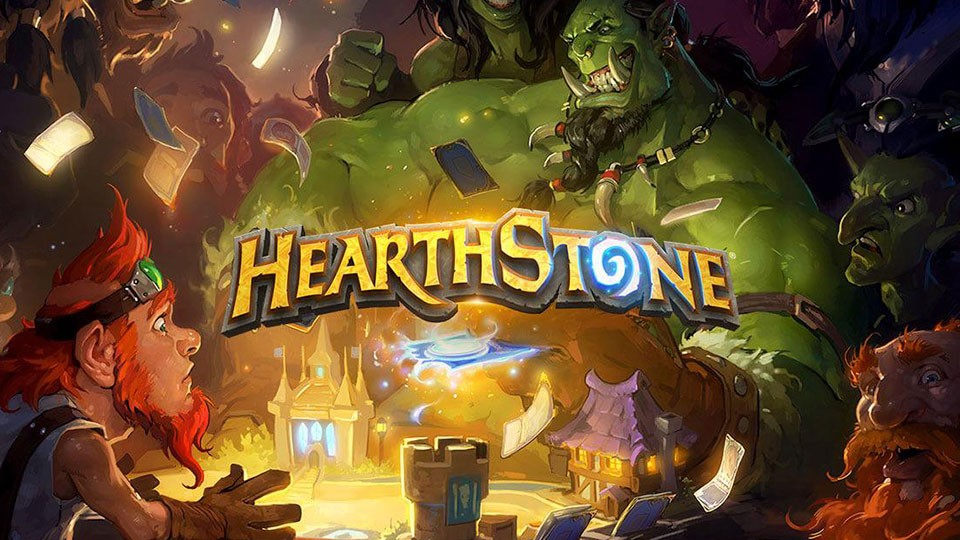 Calling all gamers to our Youth Esports League! Teams will compete in a local, regional & national level! Get your team together and look for sign-ups to open soon! #YoutheSportsATL #PCXGo #YEL #esportsATL #hearthstone
1648 Hits
0 Comments
Tweet 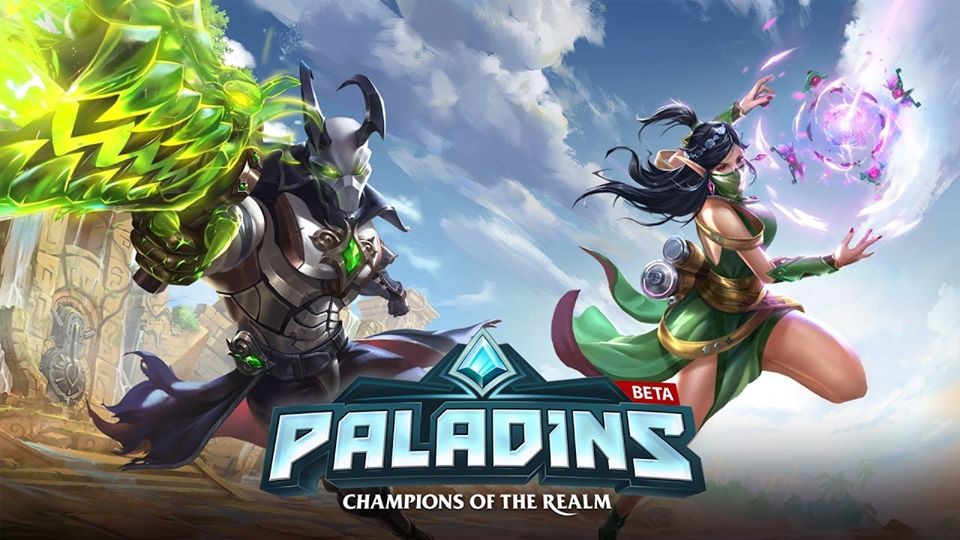 Calling all gamers to our Youth Esports League! Teams will compete in a local, regional & national level! Get your team together and look for sign-ups to open soon! #YoutheSportsATL #PCXGo #YEL #esportsATL #Paladins
1593 Hits
0 Comments
Tweet 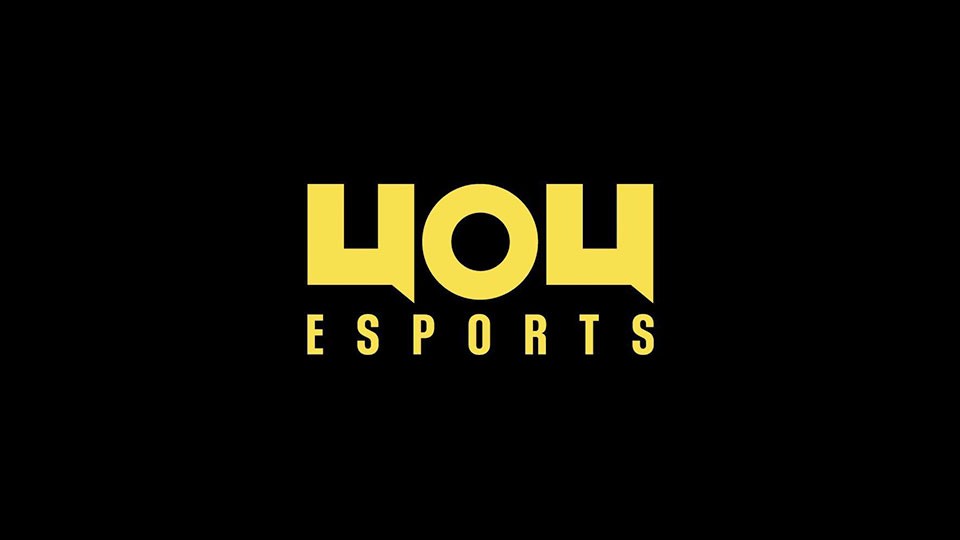 We're super excited for our Youth Esports League tourneys to be hosted at our local esports arenas! For practice and play, we will be posted up at 4o4 Esports, VS Realm ESports Arena, Gamers Xperience, and johnson STEM Activity Center! Stay tuned for more information and how you can sign up! # YoutheSportsATL . # PCXGo # YEL # esportsATL
1539 Hits
0 Comments
Tweet

Quirktastic Inc hosted its first annual QuirkCon, as well as the 1st Annual Cosplayer Awards that took place in downtown Durham at the Durham Convention Center. QuirkCon was a 3 day conference for geeks, gamers and nerds, with a primary focus on people of color and the LGBT+ community. Topics covered at this conference include anime, cosplay, comic books, gaming, sci-fi, art, film, mental health and alternative lifestyles.

Southern-fried Gaming Expo (SFGE) is made up of a group of gaming enthusiasts who live in the metro Atlanta area and, just like you, want an expo that the mid-south can call our very own. We created SFGE to share the nostalgia and skill of the game with long-time gamers, and to spread the joy of discovery with new fans of all ages.

SFGE boasts over 250 full-sized arcade games, pinball machines and console systems, along with tabletop gaming, vendors, special guest speakers, film festival, tournaments and more! SFGE is a family-friendly event that will be fun for all ages.

Some men are not looking for anything logical. They cannot be easily bought, criticized or reasoned with. They just want to hit large ugly things very hard with a large blunt object and collect large amounts of currencies.

Since its inception in the dark and moldy basement of their fearless art director, the studio has been bringing educative in all the wrong places games filled with protein stuffed meats, sturdy metal hats and eardrum shattering metal soundtracks to a grey world that had been flooded with very un-metal products with almost no meat references, not to mention very few hats.

"Born in the South Korean city of Daejeon, Kim Se-yeon ("Geguri"), 19, started playing games with her mom when she was just 5 years old. Today, she plays for the Shanghai Dragons in the Overwatch League, a professional e-sports league produced by Overwatch developer Blizzard Entertainment. Geguri started her Overwatch career playing as the character Zarya (her main), a powerful tank who can absorb incoming blows and redirect them toward her opponents in the form of a laser beam.

Geguri has been reluctant to embrace the role of trailblazer. She prefers instead to focus on the immediate mission at hand: helping her Dragons recover from their winless first season in the Overwatch League (the team suffered a 42-game losing streak, though they’re fairing better this season, with a 6-6 record.) And who can blame her? After all, none of her male colleagues have to worry about representing an entire gender. Still, she’s increasingly aware that she has a role to play in the world of competitive esports that goes beyond winning games.

Founded in 2004, Games for Change empowers game creators and social innovators to drive real-world change using games and technology that help people to learn, improve their communities, and contribute to make the world a better place. They inspire youth to explore civic issues and learn 21st-century and STEM skills through their STUDENT CHALLENGE and train educators to run game design classes on impact games. They incubate projects through their game design challenges and executive production expertise in coalition building.

the 16th Annual Games for Change Festival will take place from June 17 – 19, 2019 in New York City. Developers, creators, researchers, technologists, educators, policy makers, and non-profits will converge at this nexus of impact to share and learn how they can leverage the power of games and immersive media for social good.